our thinking leading through disruption

What’s Driving the Fundamental Shifts in the Technology Industry?

Within the last decade the technology industry has not only continued to achieve unprecedented growth, but has witnessed tremendous advancements in digitization, digital hardware and other areas. These rapid changes present tremendous opportunity; however, if corporations do not take advantage of these changes, they will quickly become obsolete. Through recognizing the key forces driving these advancements,  technology corporations can make rapid changes and prepare for future success. Understanding the key disruptors of change is the first step, but organizations also have to understand how technological shifts are changing their workforce so that they can take the appropriate steps to better manage their employees. 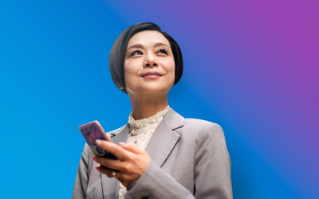 What are the Skills needed to Create a Culture of Lifelong Learning?
Innovation does not just change our behaviour (think of how smart phones and social media have changed how we interact), but also...
Read more/content/mercer/asia-pacific/sge/en/our-thinking/career/create-culture-of-lifelong-learning.html

In this first publication from Mercer’s Technology vertical, Mercer experts draw on both their experience within the industry and their research and strategic observations with HR leaders, to present the key disruptors of the tech industry.  From here Mercer identifies what is called the ‘Trifecta of Transformations’ which outline the changes HR leaders must understand if they are to make strategic decisions and ensure future success as seen below:

Transformation of the workforce 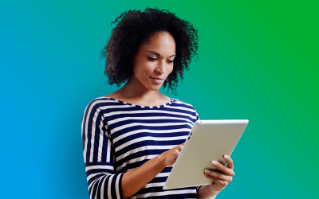 skills to build skills
The pace of technological change continues to advance exponentially, transforming our work and our lives.
Download/content/mercer/asia-pacific/sge/en/our-thinking/career/skills-to-build-skills-digital-economy.html

The paper concludes by identifying the implications for business and HR leaders, highlighting how to lead, thrive and build tomorrow’s technology workplace today.

Key disruptors of the technology industry

Exponential technologies include artificial intelligence (cognitive computing), robotics, 3D printing (additive manufacturing) and virtual reality, all of which are profoundly changing how value is created and work gets done, by enabling disruptive innovation and hyper productivity. Powered by improvements in computational capabilities, these technologies are accelerating the ability of machines to make judgments and perform tasks that previously only humans could undertake

Exponential growth in computing has been accelerating through the past century, showing no impact from global economic and political turbulence, including the two world wars in the twentieth century. Computing is expected to continue to grow at this pace, despite global disruptions.

A recent US government study reported that machines are already outstripping humans on certain tasks related to image recognition, which ultimately could have profound implications for jobs ranging from security guards and drivers to pathologists and astronomers. Although robots have not yet matched the dexterity of humans, advancements in sensors, actuators and artificial intelligence (AI) are making it possible for robots to take on an increasing number of tasks as the cost of the technology continues to fall. The number of industrial robots in use globally is estimated to grow from 1.2 million in 2013 to 2.3 million in 2018.