Mercer unveiled the results of the ‘Compensation Planning for 2018’ for the region including predictions for hiring intentions and pay increases across Asia, Middle East and Africa. Figures and forecasts are based on Mercer’s Global Compensation Planning Report and Total Remuneration Survey (TRS).

Asia has been leading the growth revival in the global economy in the last three years, and for the first time in decades OECD expects all the 45 countries it tracks to grow in 2018 signaling a strong overall recovery. However, a rise in inflation in some parts of APAC such as India, Philippines, Myanmar and Vietnam may be a cause for concern. In 2018, the highest salary increases are forecasted for Bangladesh (10%), India (9.8%) and Vietnam (9.1%) while financial hubs Hong Kong and Singapore are both forecast to see 3.9% increases. Japan is forecasted to have the lowest increase at 2% followed by New Zealand (3%) and Australia (3%). Notably though, real wage growth (salary increase minus inflation rate) has also been steadily rising in the region, often reaching double digits in emerging markets. And, while forecasts vary quite widely across specific industries, the strongest push is likely to come from the chemical and life sciences industries.

Hiring in India, Vietnam and the Philippines is happening at a greater pace compared with other countries in the region, whereas hiring intentions are lower in Singapore, Malaysia and Hong Kong. The overall hiring outlook is positive, however, with five out of 10 companies looking to maintain headcount, including replacements for turnover. Hiring sentiment is often therefore a reflection of trends in staff turnover in certain countries and industries. The flipside of higher GDP growth and base pay increases though is that the staff turnover is higher for those countries. Attrition is higher for industries that have continued to outpace the slowdown we observed in the preceding year. Consumer and retail industries are faced with the highest levels of attrition, whereas the manufacturing industry has some of the lowest levels of attrition in the region.

A closer look at pay parity (in terms of annual total cash) reveals that there are now several ‘tiers’ of countries across the region. For example, in Australia, Japan and Korea, starting salaries begin at US$30k p.a., and rise steeply as employees reach senior levels, often reaching US$250–350k. Starting salaries are much lower (often just US$5k) in low-cost manufacturing bases, but again increase significantly at top management levels. In some countries – China, most notably – the highest-ranking executives out-earn their peers in the US and UK, Although, it is important to note that this picture changes once long-term incentives (LTIs) and European social security benefits are factored in.

Talent scarcity plays a major role here, and there are extremely high premiums to be gained by those people with the right skills, in addition to local language expertise. The rising numbers represent a challenge in terms of replacement costs in the form of higher salaries for new joiners, recruitment costs and lost production, all of which adversely impacts overall cost of operations and margins that are already under close scrutiny. 48% companies in Asia report having difficulty filling-in vacant positions, as compared with 38% of the companies globally struggling to find the right talent to fuel their business expansion.

Puneet Swani, Partner and Growth Markets Career Partner at Mercer said, “Hiring, retaining and engaging skilled talent in Asia Pacific will continue to be a top priority for companies looking to leverage the strong macroeconomic outlook for 2018. We continue to see a high level of pay increases used as a retention tool for high-performing talent. This has become even more critical, especially with the cross-industry movement of talent in specialist roles such as sales and engineering. We also find companies deleveraging pay in the wake of increased regulatory scrutiny of bonus pay outs, thereby reducing year-end bonuses and increasing base pay instead to reduce excessive risk-taking and discretion.”

“Companies in Asia Pacific are beginning to take a more holistic view of their total rewards philosophy across the contractual, experiential and emotional aspects of the employee value proposition. Our perspective is that getting the contractual pieces or base pay and benefits right is the foundation for an effective rewards program, but differentiating on these elements alone can be quite costly. Where differentiation can be more engaging and cost effective is in the career opportunities and well-being programs for employees. Employers are increasingly focusing on these experiential components of rewards – programs to deliver meaningful career experiences and flexible arrangements, as well as programs to help manage the physical, financial and emotional well-being of their employees,” Mr. Swani added.

Singapore’s working-age population is set to shrink from 2025, and much like other advanced economies, Singapore faces the challenge of lifting productivity in order to sustain GDP growth. Despite these challenges, world-class infrastructure, strong regulation, and a sound track record of forward planning means Singapore remains a highly competitive economy. GDP growth is expected to ease to 2.5-3.0% p.a. in 2018-22, in line with the government’s expectations, but far from the high of 4.7% p.a. in the decade leading up to 2016, according to the IMA Asia Economic Outlook. The private sector is more upbeat about growth uptick in 2018, with DBS Group having revised the growth forecast for the Singapore economy from 2.8% to 3.2%.

Overall salary increase in Singapore across industries is projected to be 3.9%. Most of the industries are expected to have a higher salary increase in 2018, with the exception of the Life Insurance, Internet, Real Estate, and Banking and Logistics industries. A rise in inflation could depress wage increases though, with most employers not planning to increase HR budgets in 2018.

The Chemical, Life Sciences, and Consumer Goods industries are the top 3 in terms of the highest base pay and total cash increases for executive roles in 2017. In terms of functions set to fetch the most increases, the Legal, Finance and R&D functions emerged as the top 3 across. Even with the rebound in exports and trade, with the recent multilateral trade agreements, we do not expect a significant impact on wage growth in 2018. Positive signals of revival from the semiconductor and biotechnology sector imply that specialist engineering and sales talent will be in demand.

Kulapalee Tobing, Mercer’s Singapore Career Products Leader said, “With the new industry skills frameworks being introduced by Skills Future, companies are looking to both reskill existing talent pools as well as also hire for different skillsets even when hiring for replacement roles. The current focus on restructuring the economy and raising productivity by the government has meant a sharp focus on continuous learning. At the same time, the Singapore workforce is one of the most disengaged at work according to Mercer-Sirota research. This would mean an increased focus by companies on creating differentiation through innovative health and other benefits.”

Mercer delivers advice and technology-driven solutions that help organizations meet the health, wealth and career needs of a changing workforce. Mercer’s more than 22,000 employees are based in 43 countries and the firm operates in over 130 countries. Mercer is a wholly owned subsidiary of Marsh & McLennan Companies (NYSE: MMC), the leading global professional services firm in the areas of risk, strategy and people. With more than 60,000 colleagues and annual revenue over $13 billion, Marsh & McLennan helps clients navigate an increasingly dynamic and complex environment. For more information, visit www.mercer.com. Follow Mercer on Twitter @Mercer. 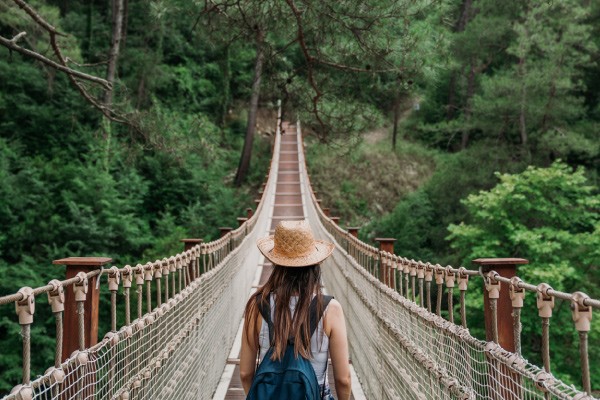